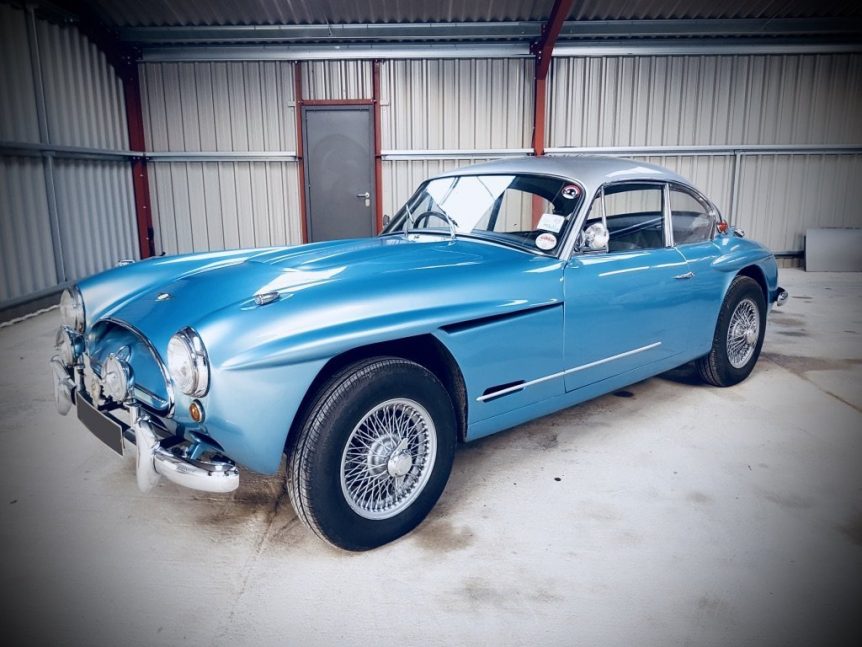 The 541 used fibreglass bodywork mounted on a steel chassis and was fitted with a straight-six engine, three SU carburettor version of the 4-litre Austin engine and four speed transmission with optional Laycock de Normanville overdrive which is present on this particular car.

The body consisted of three major mouldings and the entire front was rear hinged and could be raised for engine access. The doors were aluminium. Suspension was independent at the front using coil springs with a Panhard rod located rigid axle and leaf springs at the rear. A choice of wire spoked or steel disc wheels with centre lock fitting was also offered. At first the car had servo assisted 11 in (279 mm) drum brakes but from 1956, the newly introduced 541 Deluxe version featured Dunlop disc brakes both front and rear—the first British four seater thus equipped.

It was also a luxurious car with the well equipped interior featuring leather seats as standard. The individual seats in front separated by a high transmission tunnel and the rear seats had a small centre armrest and could also be tilted forwards to increase luggage space.

By employing lightweight materials, Jensen managed to make the car significantly lighter than their contemporary Interceptor model and Performance benefited.

In 1957 the 541 R was introduced and the one that we have available here rolled out of the factory on the 23rd of April 1959. Finished in a metallic Glacier blue with a contrasting silver roof this car presents well.

Supplied originally by Newbury Motors in Worcestershire and with 7 previous owners this car has a good history with the buff logbook still present. The rare DS7 engine in this car (fitted to only 43 of the 541’s) was rebuilt in 1998. Large amounts of work were also carried out between 2010 and 2015 which included a full repaint, a second engine rebuild (not due to failure), electrical work and a suspension overhaul.

The car benefits from an original interior which has a very authentic feel with no tears or heavy wear present. As previously mentioned a Laycock de Normanville overdrive is fitted which makes for a very capable cruising rpm of 1500 @ 65MPH.

With a nice original feel that is ready to be driven and enjoyed by an enthusiast or conversely brought up to a show condition over time.