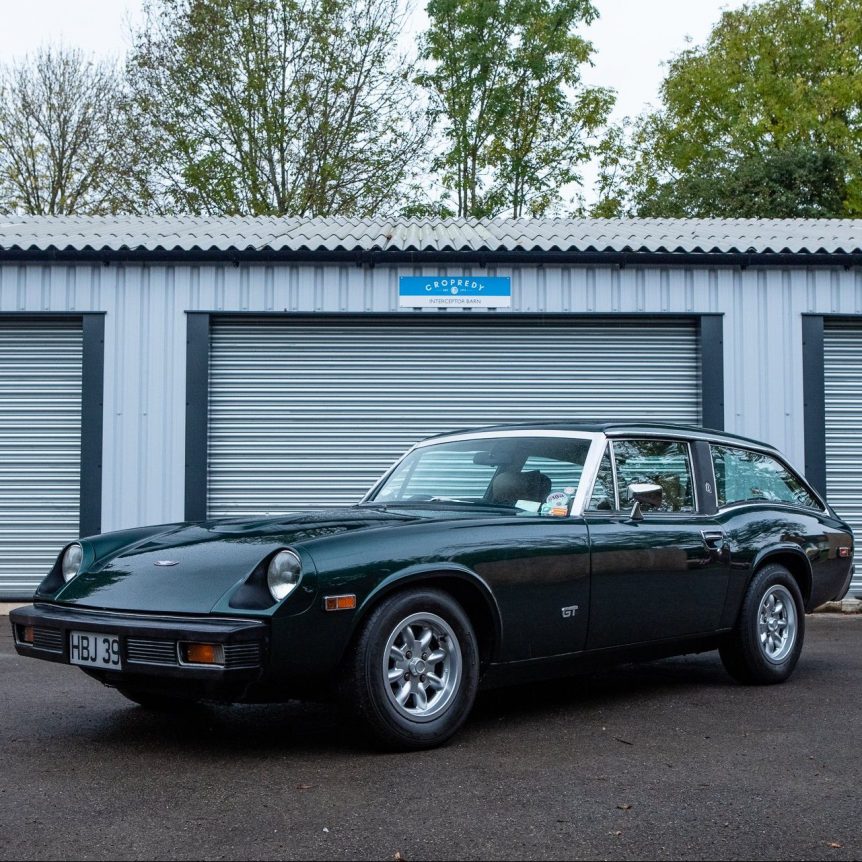 This classic rally car was re-repatriated from California in 1998 by the then Chairman of the Jensen Owners Club. This classic car, which had been stood for a number of years, had covered only 14000 miles before it underwent a £30,000 restoration and RHD conversion. At the same time, the car was upgraded with burr walnut dash, burr walnut door trims, new carpets and full leather, which was rewarded with the gold concours award at the Jensen Owners Club International weekend. The current owners secured the car in 2005 and have commissioned significant and sympathetic improvements to create a winning classic rally car. The specification is below with further details on request. The car comes with a substantial document file and spares. Please note the cherished number is not included with the car.

Cropredy Bridge Cars are pleased to offer this very rare and very special 1976 Jensen GT, converted into a classic rally car. With only 54 believed to be left in the UK, it is doubtful that you will find a better example. The car has been with the current owners since 2005 and enjoyed numerous class / category wins and an outright win on the Three Castles Rally 2016. Prepared primarily for Classic Rallying, this car is also a very capable and enjoyable fast road/track car.

The Jensen GT is an estate or sports-back derivative of the more plentiful Jensen Healey roadster manufactured by Jensen Motors in conjunction with Donald Healey, of Healey Sports Car notoriety. Colin Chapman’s Lotus provided the fantastic 16 valve alloy 907 engine from the 900 series of engines which also included the engine used in the Lotus Sunbeam. The 907 was reputedly the first mass produced modern 16v twin cam, which also saw service in the Lotus Elite, Eclat and Esprit .
The Jensen Healey roadster went on to be Jensen’s best seller and great things were expected of the GT when it was launched in 1975. By the time Jensen closed it’s doors in 1976, 509 Jensen GTs had left the factory.

We are advised by those that know that this car is ideal for use on the Three Castles Trial, Rally of the Tests, Le Jog, Scottish Malts, Classic Marathon, Carrera Atlantica, New Zealand Classic